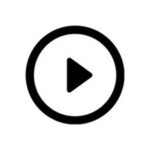 Segment 1: Salt Institute graduate Kelly Libby discusses a young woman named Becky’s struggle with addiction while living in Vinalhaven in a piece called Talk of the Town. Vinalhaven is a small island, and everybody knew her. Becky got caught breaking into people’s houses to steal pills. Now she is sober and is trying to repair her reputation and let the community of Vinalhaven know that she is sorry and wants to be accepted again. Vinalhaven has an addiction problem due to economic struggles, and the feeling of isolation from living on an island.

Segment 2: Emily Lafonde from the Blunt Youth Radio reads her essay called The Cigarette Bath. Lafonde discusses the time her aunt got angry with her for stealing cigarettes from her grandfather to destroy them. She reminisces about her memories of his smoking and her fears surrounding them. Her friend Erin invited Lafonde to ride bikes and then smoke cigarettes with her.

Segment 3: Gabriel Hegman interviews people at the American Legion Hall in Dixfield. The various members talk about their time as members of the American Legion and their status as veterans. They send supplies to soldiers serving in Iraq and Afghanistan and support various charities. Young people don’t join the Legion as much, and the current members are trying to reach out more to younger veterans.