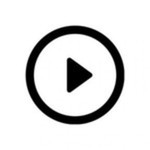 A People’s Almanac host Megan LaSalle discusses the continued protests and activism that lead to the controversial vote in 1973 by the American Psychiatric Association to remove homosexuality from the DSM, the standard manual used by psychiatrists to diagnose mental illness. This vote is discussed in reference to the December 1 2012 vote by the American Psychiatric Association to change the classification of transgender identity from “gender identity disorder” to “gender diaspora” in the DSM, downgrading the diagnosis from a disorder to a condition.