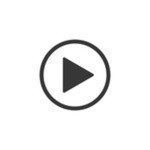 Diane Bennekamper attended Drew University Theological School beginning in 1969 as one of the few women seminarians at the time. After graduating and working at the theological school for several years, she spent nearly twenty years working for the Maine Human Rights Commission. In 1989 she met her long-time partner Lorraine Martin. The two attended First Parish Church in Brunswick, ME and Diane became involved in ministry once again, eventually reinstating her ministerial status and working in interim ministry for the United Church of Christ around the State of Maine. In 1998, Bennekamper was called as settled pastor to the Congregational Church in Cumberland UCC in Cumberland, ME along with co-pastor Jack Bixby. She was the first openly LGBT person to be called as a pastor in Maine.

Lorraine Martin grew up in a large Roman Catholic family, and went into the convent as a young woman, later leaving in 1965. Martin worked for many years for the United States Postal Service, during which time she came out and led mandatory sensitivity workshops for postal service employees. This was also a time of great spiritual development for Martin, who eventually began a spiritual direction practice, helping others on their spiritual journeys. Martin was an active member at First Parish Church in Brunswick, and later at Congregational Church in Cumberland UCC in Cumberland, ME. She was also actively engaged in supporting a community of Somali evacuees who arrived in Maine following Hurricane Katrina.

In addition to their spiritual and religious journeys, in this interview Bennekamper and Martin discuss Bennekamper’s call to ministry process as an out LGBT person; the contributions of the LGBT community to religion and spirituality broadly; and the roles of the Bangor Theological Seminary and the Feminist Spiritual Community in Portland, ME in the religious and spiritual life of Maine.