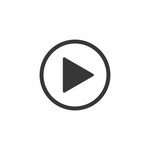 Susan Henderson was born in Calais, ME on March 12, 1945. She grew up out of state and later returned to Maine to attend graduate school at the University of Maine at Orono (UMO). It was at UMO where she came out as a lesbian. At UMO, she joined the Wilde-Stein Club, a gay and lesbian advocacy group. Henderson was on the planning committee for the first Maine Gay Symposium held at UMO. After finishing graduate school, Henderson moved to Portland, ME where she was a member of the team that created and published the Maine Gay Task Force's newsletter, Mainely Gay. She was later involved with fundraising efforts for the Gay Woman’s Group (GWP) in Brunswick, ME.