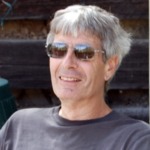 Peter Prizer, a 71 year old gay man, lived in Portland, Maine from the early 1970s through the late 1990s. He discusses growing up in Pennsylvania, going to a private boys’ school, and then to Penn State before moving to Maine. In Portland, he worked on the Portland Pier from 1971 to 1977. His first act of publicly coming out occurred at a panel event of local gay activists at Bowdoin College in the early 1970s. As a response to a homophobic comment by an audience member, he got up and joined the panelists on stage. Together with lesbian feminist organizers in Brunswick, including Wendy Ashley and Susan Breeding, he helped organize a picket of the Stowe House Restaurant (after they fired all their women servers and replaced them by men). He also helped organize a protest of the Freedom Train (1976 – bicentennial commemoration of the nation’s founding) in Portland.

He was centrally involved with the Maine Gay Taskforce and helped produce their newsletter. The newsletter later became “Mainely Gay” which he worked on with Stan Fortuna among others. In 1977, along with Lois Reckitt and Susan Henderson, he worked on an outline for what would be the first gay rights bill submitted to the legislature in Maine. He also served as a lobbyist, together with Stephen Leo and Nan Stone, to try to secure passage of the bill after it was introduced by Gerald Talbot (D-Portland) and Larry Connolly (D-Portland). He describes the reactions of several legislators to the lobbying (including Olympia Snowe who was then a state representative from Auburn). The proposed law, one of the first in the country, was defeated – though it received significant support.

He also discusses completing his degree (in Political Science) at USM, getting sober, working at Maine Medical Center Hospital, and moving to Bisbee, Arizona where he currently resides.