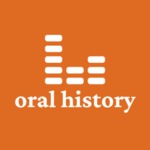 A key part of the Rolde interview describes Governor's role in 1971 Fraser strike, when he and Governor Curtis flew to strike site to bring an end to violence. Rolde also describes the rise of liberal Democratic leadership of Maine state government in 1960s and 1970s.

Vivid account of meetings with union and company leaders on August 9 and August 10 in wake of violent confrontation on train tracks. Governor Curtis got negotiations restarted that ultimately led to the end of the strike. Rolde tells the story of Curtis's campaign to get elected as a very young and liberal governor in 1966, how he helped Curtis to pass progressive environmental policies and generally challenge the paper industry's great political power. A signature accomplishment was abolishing the notorious undemocratic "Governor's Council" typically comprised of business leaders that had veto power over legislation and executive and judge appointments.