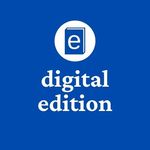 [ACCESS RESTRICTED TO THE UNIVERSITY OF MISSOURI AT AUTHOR'S REQUEST.] In 1909, black citizens used their power as voters to successfully pressure legislators in Missouri to establish a state industrial home for the protection of African American juvenile delinquent girls. The Missouri State Industrial Home for Negro Girls, commonly referred to as the Tipton Home, operated from 1916-1956. For four decades it stood at the intersection of a productive relationship between the state and African American families. Over 1000 girls between the ages of seven and twenty-one were "incarcerated" there on the charge of delinquency, which included running away from home, truancy, engaging in premarital sex, and parental incorrigibility. An analysis of seventy-seven previously unexplored cases files and over 900 commitment records shows that a majority of these girls were institutionalized because they were poor and orphaned by the death of one or both parents. These girls were committed to the institution based on petitions filed by a parent, a relative, or a guardian. Families were motivated by their inability to care for needy children or to gain equal access to the formal child welfare system. This study's findings demonstrate that through the efforts of an all-African American staff, the Tipton Home provided impoverished girls tools to become self-supporting adult members of society. As such, the Tipton Home served the purpose of preparing the girls for what one superintendent of the institution called "useful citizenship." This positive experience was a direct result of the agency of black voters, the initiative of black families, and the commitment of the all-African American State staff and the ingenuity of the girls.