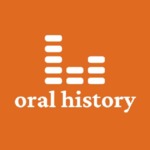 John Schott was responsible for rescuing the former Grand Trunk Railroad Depot on Lincoln Street in Lewiston from dereliction. In 1987, he bought the building from the Lewiston-Auburn Railroad Company for $10,000. For the next 15 years, he spent many thousands of dollars and countless hours of labor renovating the facility and restoring its structural integrity. The Grand Trunk Railroad Depot was built in 1874, and was the terminus of a branch of the Grand Trunk Railroad which ran from Montreal to Portland, Maine. Between 1920 and 1939, approximately 80% of French Canadian immigrants to Lewiston arrived via the railroad. The depot closed in 1975 with declining passenger numbers, and the building was placed on the National Register of Historic places in 1979. John later sold the building back to the LARC for almost $300,000 in 2003. Following further renovations in 2011 and 2012, the building is set to open as a cafe, some time in the Spring of 2013.