This WWI-era Roll of Honor is located inside the Woodfords Club, a private Portland social club founded in 1913. The then-men's club was founded by a group of conservative Portland businessmen, and they opened their clubhouse (at its current location) in 1914. The memorial honors club members who served in World War I. The club also has an honor roll for club members who served in World War II. 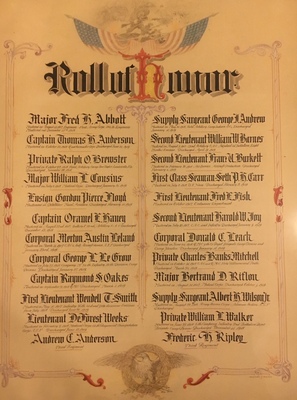